Thirsty future for American West, as “megadrought” grips some of the fastest-growing U.S. cities 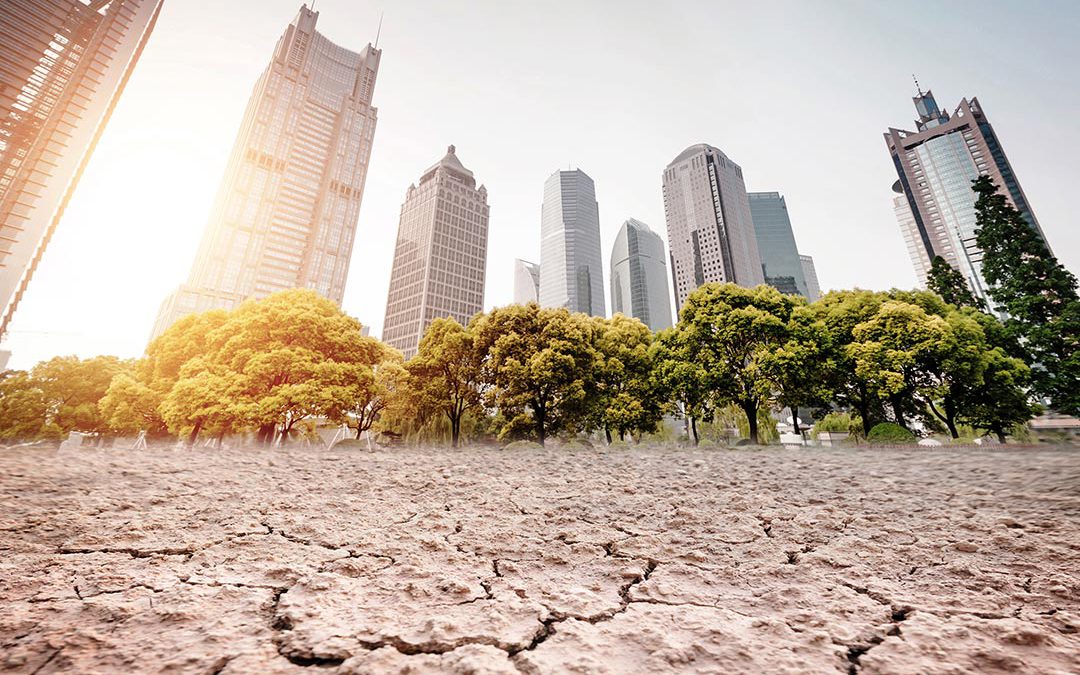 In 2002, Utah was reeling from four years of dry conditions that turned the state “into a parched tinderbox,’’ as the Associated Press reported at the time. “Drought Could Last Another 1-2 years,” the headline proclaimed. Right on time, in 2004, the Salt Lake Tribune ran a similar article, on “Coming To Terms with Utah’s Six-Year Drought,” that was “believed to be the worst to strike the Southwest in half a millennium.”

Almost two decades later, the drought has raged on. In October 2019, the water supplier for St. George, a rapidly growing resort and retirement community in southwest Utah, released a statement declaring the city’s longest-ever dry spell: 122 days without rain.

A study published last month in the journal Science identified an emerging “megadrought” across all or parts of 11 western states and part of northern Mexico—a drought likely, with the influence of climate change, to be more severe and long-lasting than any since the 1500s. The area includes Utah, Nevada, Arizona, California and portions of Oregon, Idaho, Montana, Wyoming, Colorado, New Mexico and Texas.

This region is also experiencing explosive population growth—with Idaho, Nevada, Arizona and Utah topping the list of states with the highest percentage increase in residents from 2018 to 2019, according to the U.S. Census Bureau. For decades, these states and their mushrooming municipalities have been grappling with the twin concerns of rapid growth and dwindling water supply projections. Now, in the midst of an historic megadrought predicted to last many more years, the issue has grown increasingly urgent.

For the megadrought study, scientists analyzed tree rings from nearly 1,600 trees that had grown across the region over hundreds of years, says the study’s lead author, A. Park Williams, an associate research professor at Columbia University’s Lamont-Doherty Earth Observatory. Examining the rings under a microscope, the researchers could see when growth was slow, indicating time periods when the region was especially dry.

The authors identified megadroughts—droughts more severe and much longer than anything observed in the written record, says Williams—over the last 1200 years. The most recent was in the late 1500s, until now. Today’s megadrought has been marked by more frequent and severe wildfires, a decline in groundwater, lake and river levels and a reduced snowpack.

And climate change, added Williams, is “making it easier to go into a megadrought without the ocean and atmosphere needing to team up in as extreme of a way” as they did to create such conditions in the past.

“Our population is one of the fastest-growing in the country and we’re also one of the driest states in the country and our water supply in large part is mountain snow,” said Michelle Baker, an aquatic hydrologist at Utah State University who was project director for iUtah, a years-long research effort to transition the state to sustainable water usage.

With the mountain snowpack dwindling due to climate change, iUtah researchers identified several ways to help close the supply gap, said Baker. One included storing more water underground than in reservoirs to limit the amount of water lost to evaporation. Another involved replacing Utah’s old-fashioned dirt-lined irrigation canals with pipes to curb evaporation and seepage.

In March, Utah adopted a law creating a new water banking program, similar to those in other states, that will allow water rights holders to “bank” their unused water rights and lease them temporarily to others without selling them outright.

This might help a place like St. George, the fifth-fastest growing metro area in the U.S., according to the Census bureau. Since 1980, its population has grown nearly seven-fold from 26,000 people to nearly 178,000.

“We’re projecting it to reach about a half a million people in the next 50 years,” said Pam Perlich, the senior demographer at the Kem C. Gardner Institute at the University of Utah. She warned of the city’s particular vulnerability to water shortages, even compared to other parts of Utah. “It’s got a different climate. It’s very arid, it’s consistently 20 degrees warmer.”

St. George currently uses 33,000 acre-feet of water per year, Karry Rathje, a spokesperson for the Washington County Water Conservancy District, told FairWarning in an email. (An acre-foot is enough water to cover an acre of land with one foot of water, and is roughly enough to supply three homes for a year.)

Washington County, which includes St. George, “is projected to need an additional 86,000 acre feet of water to meet the demands of a population that’s projected to nearly triple by 2060,” Rathje said.

This is to say nothing of exponential growth in greater Salt Lake City, which by 2060 could swell to the size of the Seattle metropolitan area of 3.7 million residents, according to one estimate.

Battles over water have long plagued the West. For St. George, a proposed pipeline from Lake Powell on the Colorado River is a contentious issue, with city water officials saying it’s necessary to meet the growing demand and environmental advocates claiming that it would be damaging, costly and unsustainable over the long run. The Colorado, the primary water source for seven western states, is overallocated, meaning there is not enough water to meet the volume promised to all rights holders. In the spring of 2019, representatives of these states completed a drought contingency plan, each agreeing to take less water.

Nowhere is the collision between water scarcity and population growth more evident than in Buckeye, Arizona, a Phoenix suburb that was the fastest-growing large city in the country from 2017 to 2018.

Right now, it is home to about 74,000 people, but it has enough land area to eventually be bigger than Phoenix.

Buckeye uses 11,800 acre-feet of water per year, said the city’s hydrologist Ron Whitler. But based on estimates of population growth, the city council anticipates that it will need 200,000 acre-feet annually.

“We have adequate water supply for the next 20 years, for the current population and growth,” said Alisha Solano, director of the Buckeye Water Resources Department. But, she added, “We’re absolutely concerned about conserving water.”

About 70 percent of water used in Buckeye is for outdoor landscaping, while 30 percent is for indoor use, said Whitler—a common ratio in arid regions.

The water department is trying to educate residents on growing desert-hearty flora, said Whitler, and has goals to scrap “turf that is just for appearances” throughout the city.

Buckeye has a small allocation from the Colorado River, Whitler said, but mostly draws on groundwater. Yet the reliance on groundwater in fast-growing parts of Arizona comes with its own tangled knot of water shortage issues tied to rapid development.

Arizona has long required developers to demonstrate a 100-year water supply in order to carry out their projects. But a legislative workaround in 1993 has allowed them to source less-renewable groundwater for their century supply, as long as they enroll in their regional groundwater replenishment district. The idea is that groundwater mined in a replenishment district is eventually replaced by another water source somewhere within the district.

“Now there is a real question about where the water core replenishment would come from given that we are facing reductions in the Colorado River supply” and other water sources, said Sarah Porter, director of the Kyl Center for Water Policy at Arizona State University.

In Buckeye, as in St. George, there is no formal plan to limit new development. But some officials have ideas for the way things might evolve.

“Not all developments necessarily have to look alike,” said Sharon Megdal, a board member of the Central Arizona Project, which manages and distributes the state’s Colorado River supply. “We’ve gone down the road in this country for a long time of spreading out, large lots, always thinking that larger is better.”

Meanwhile, agriculture is being considered as a potential source for freeing up more water. In Arizona, agriculture consumed 74 percent of the water supply in 2017.

“I think the concern is mostly that in order to supply a growing population the water rights probably will need to be transferred from agricultural to urban usage,” said Baker of Utah State University.

For example, the Metropolitan Water District, which supplies water utilities throughout Southern California, has arrangements with agricultural water districts in California and Arizona. The deals often involve paying farmers to fallow their fields at times to meet increased urban needs.

But Porter warns there is danger in depleting too many of the agricultural sector’s now-plentiful water rights.

“If you got rid of [agricultural water use] and instead you built out all of that urban demand,” she said, “then when a shortage came, you would really be hurting.”

This story was produced by FairWarning, a nonprofit news organization based in Southern California that focuses on public health, consumer, labor and environmental issues.