In Some States, Residential Water Use Spikes During COVID-19 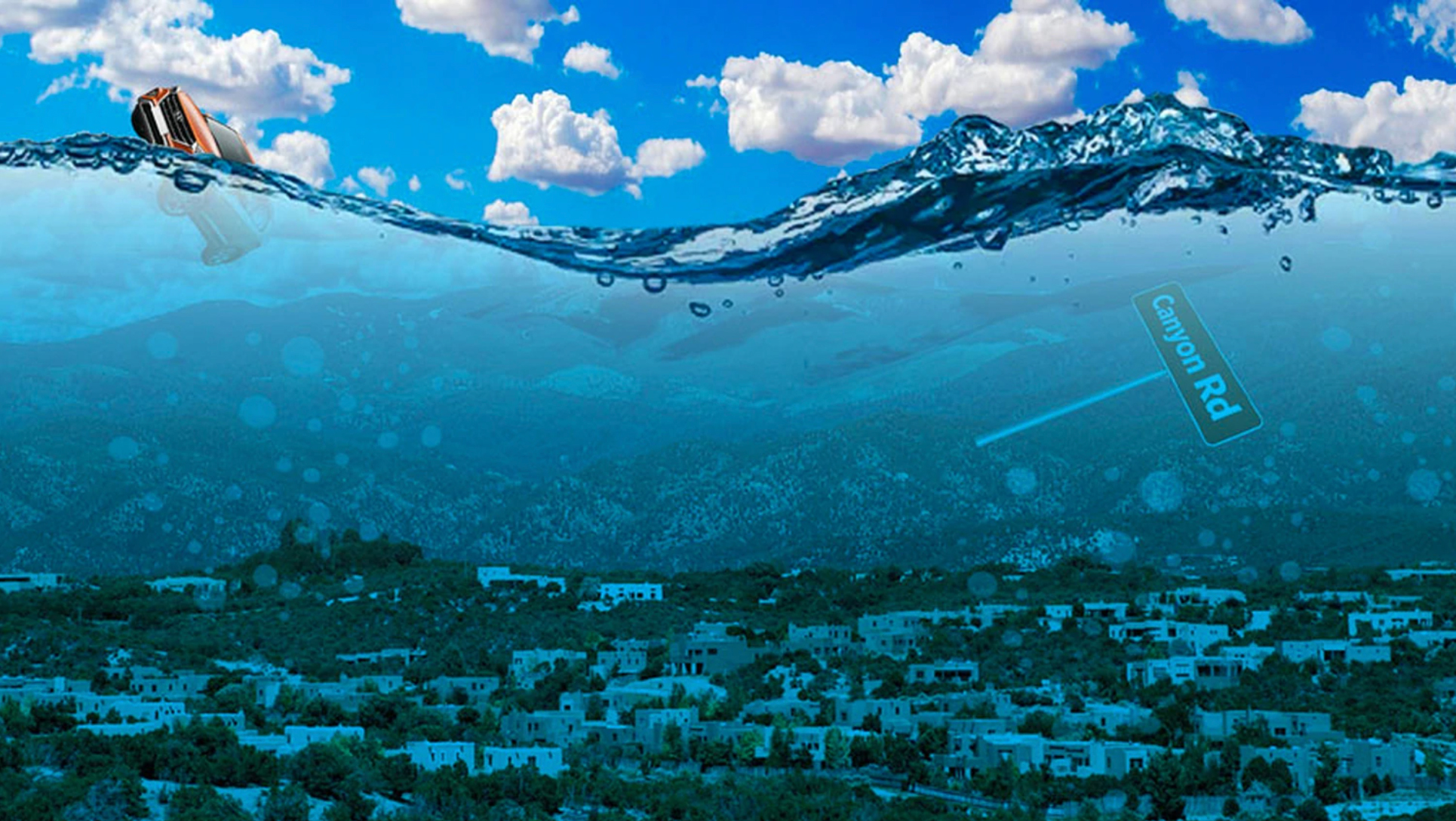 In the months of COVID-19 shutdown, restaurants stopped turning on dishwashers and taps and residents spent more time in their gardens.

Commercial use dropped and residential went up, leading to an overall increase in the amount of water Santa Fe has used since the pandemic started compared to the same period last year, the city reports.

Still, despite the pandemic, Santa Fe residents haven’t forgotten the bigger picture questions of how Santa Fe will protect its water supply from climate change, drought and population growth, including concerns about a controversial water reuse pipeline.

City Water Division Director Jesse Roach gave a virtual overview Monday of the city’s recent activities regarding its water, what’s to come, and how the COVID-19 pandemic has impacted municipal use.

On March 13, two days after Gov. Michelle Lujan Grisham announced a public health emergency in the state of New Mexico due to COVID-19, Santa Fe saw its first significant drop in commercial water use compared to the same date last year. The amount of water used by businesses continued to drop for the next two months, and overall, Santa Fe businesses used 35% less water this spring than in 2019.

However, residential water use went up by 23% over the same period.

Roach said there is no clear indication of whether this spike has to do with more people spending more time at home, or if it’s due to a drier spring. But overall Santa Feans draw a lot more water in their homes and gardens than for commercial use, so in total the city used 7% more water than last year.

“It’s likely a combination of these factors, but whether we’ve seen an impact from people staying home…once we get into irrigation season that could be anybody’s guess,” said Roach, explaining that water use can vary widely once outside summer irrigation begins, even in years without unexpected changes to patterns.

Many Santa Fe families took advantage of the time away from school and work this spring to play in the Santa Fe River when flows were high. Roach said that though we had a drier May than expected and despite a region-wide drought, residents can continue to expect generous flows down the river due to high water levels in the city reservoirs when measured in April.

Water Division staff use April data including snow pack, stream flow and levels at Nichols and Mcclure reservoirs in the upper Santa Fe Watershed to determine how much water to release down the Santa Fe river at scheduled intervals for the rest of the year. This amount can range between 100 to 1,000 acre feet per year.

This year, the city is scheduled to release 710 acre feet into the river. Drinking water also comes from groundwater and from a diversion off the Rio Grande.

The debate about how to protect the city from a drier future revolved around various strategies to “reuse” the water the city already has in place. Last year, officials settled on a controversial plan to pipe treated wastewater from the Santa Fe Water Treatment facility back up to the Rio Grande near the Buckman Direct Diversion facility in exchange for permission to withdraw more river water. Roach said this week that’s still part of the plan.

Yet, the proposal has raised many questions including issues around the cost of building the pipeline, the uncertainty of future river water flows, and the rights of water users along the Santa Fe river downstream from the wastewater treatment plant.

On Monday, residents added a new concern to the mix.

Frequent problems at the Santa Fe water treatment facility have resulted in the facility being out of compliance four times in less than a year and reports of sewage tainted effluent water making its way into the Santa Fe River below the treatment plant.

“Will you be putting sewage into the Rio Grande if you do this pipeline?” Bobbe Besold asked at the meeting.

She was one of several viewers who wondered whether the city would be able to guarantee the safety of the treated water that the city plants to pipe from the treatment plant back to the Rio Grande considering the continuing problems with sewage in the water currently left to flow down the Santa Fe River.

Roach said he could not provide a specific answer to that question.

Wastewater management staff have said they are working on the problem, though residents should not expect a quick fix.

In Some States, Residential Water Use Spikes During COVID-19

Thirsty future of American West, as "megadrought" grips some of the fastest-growing U.S. cities

How to Celebrate Earth Day While Staying Home During COVID-19

Water costs are rising across the U.S. — here's why

IoT Infrastructure Market worth over $130bn by 2024

Victory for California Renters will impact NOI for property owners

In the Press
Our Team
Industry News
Blog
Careers